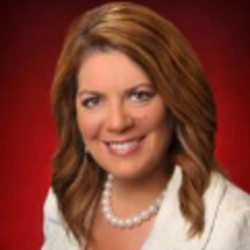 For almost 2 decades, Kirsten McIntyre delivered the daily news as an anchor/reporter in Oklahoma City. Her work took her all over the state as she covered some of Oklahoma's biggest stories, interviewed politicians, and even Hollywood stars. One story she says she'll never forget was pulling 9g's in an F-16 with the U-S Thunderbirds! But in 2011, Kirsten took the plunge in realizing another dream-- owning her own business. She left television news to pursue a career in real estate at Keller Williams Realty with her husband, Randall. She says it's not about selling houses but about helping people finding a "home"- a place of peace for them at the end of the day. Kirsten and Randall were honored at the company's national convention when they were named the 2012 Keller Williams International Rookie Team of the Year. Kirsten and her husband have three children, Reagan, Harrison and Grayson.

What are you waiting for?